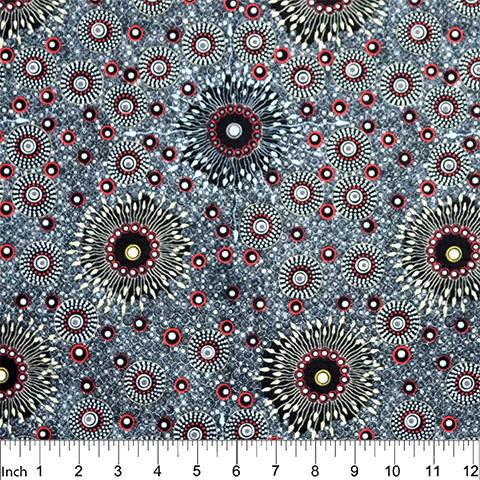 Dreamtime:
Karen Bird is a skillful artist from Utopia. Her work is neat and attractive. She depicted the Alura Seed very colorfully. Alura seed is abundant in Utopia, as Wind carries it almost everywhere. In her artwork, Karen depicted change of color of seeds from winter to summer and again from summer to winter. The seeds glow in winter and in summer the flow reduces. The change is shown by Karen very clearly. In Utopia Plum Seeds are abundant and as a result of hand-printed fabric has been getting popularity among the Aboriginal people and others. Alura is a place in Utopia and Lillup is another Aboriginal name for Alura.